We talk sacrifice a lot in the kingdom of God. The only problem is, when the price tags come to us, especially emotionally... we want to quit.

Someone asked me in a Green Room recently, "Tell me one thing you wish your 20-some year old youth pastor self would have been told." And I said, "Fight the mind games in your head and do it intentionally." Because, it's easy to talk sacrifice, but those mind games will pound in your head and they'll take you off the field if you don't learn how to fight them. Don't just talk sacrifice, live it.

We talk sacrifice a lot in the kingdom of God. The only problem is, when the price tags come to us, especially emotionally... we want to quit.

Someone asked me in a Green Room recently, "Tell me one thing you wish your 20-some year old youth pastor self would have been told." And I said, "Fight the mind games in your head and do it intentionally." Because, it's easy to talk sacrifice, but those mind games will pound in your head and they'll take you off the field if you don't learn how to fight them. Don't just talk sacrifice, live it. 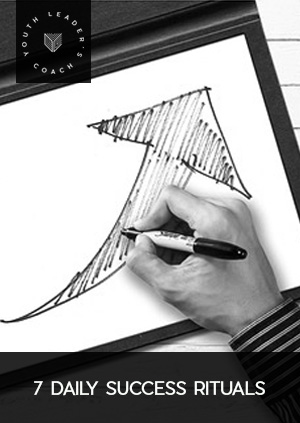 Jesus regularly went to the synagogue. David prayed seven times a day, and Daniel three. Zacchaeus offered sacrifices "as was his custom." What are your daily success rituals? Do you have any? Have you thought about them lately?

Honestly, we really don't decide our future, but decide our habits. Our habits, in turn, are what determine our future. The statement is so true, "The secret of our future can be found in our daily routines."

With that in mind, our daily routines are far too important not to intentionally spend some time focusing in on them. So grab your coffee, have a seat in your favorite chair and listen in as we get strategic in creating our daily success rituals. 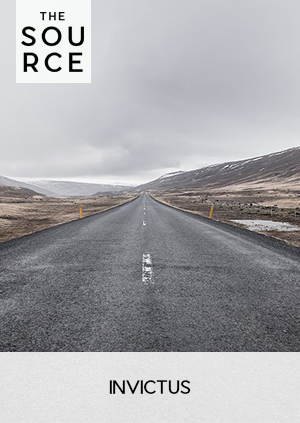 I love the word "INVICTUS"! It means "unconquerable spirit" and is used as the title to William Henley's powerful poem written in the 1800s. An amazing movie based on the true story of Nelson Mandela bears the name as well.

The nation of South Africa was racially divided in the wake of apartheid, when Mandela took over its presidency. However, it was not before he spent 27 years in a small prison cell as a result of his protest of racial inequality. Mandela's ability to internalize Henley's poem during those years, specifically the last two lines, "I am the master of my fate: I am the captain of my soul," enabled him not to abuse his new found position of power and authority but use it to unite a nation. In doing so, he became a living example of John 10:18 where Jesus says, "No one can take my life from me. I sacrifice it voluntarily."

As exemplified in the lives of Jesus and Mandela, it is in the willful laying down of our rights that we come to understand what ultimate power and authority truly looks like. Using the timeless movie, poem and Scripture, we communicate this core truth to our students in this issue of the Source. It's a huge paradigm shift from what today's youth and young adult culture are hearing. Come make the leap with us. 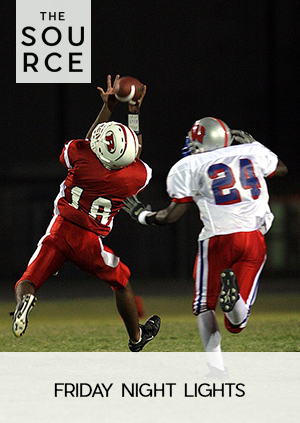 Fighting for a God-sized dream

What is the ONE THING you want to "leave it all on the field" for?

Based off of the epic true story from a football championship game of the Permian High School Panthers, this month's Source is called, "FRIDAY NIGHT LIGHTS"!

In this Source, I talk about what it takes to keep us in the "spiritual game" of life and the sacrifices for success it requires. Also, what it takes to find our ONE THING that we fight for as we reach down to the core of our ultimate calling...the purpose that keeps us going. With some inspiring clips from the movie and key Scriptures from the life of King David and some of his mighty men, I challenge our students to fight for a God-Sized Dream that will last into eternity. 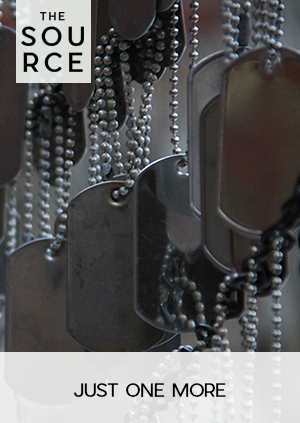 Living a whatever it takes life of heroism and selflessness

You'll love this Source! Using the example of Desmond Doss, the first conscientious objector to earn a medal of honor for bravery during World War II portrayed in the incredible movie, Hacksaw Ridge, I challenge our students to go through the roof! To live a WIT (Whatever It Takes) life of heroism and selflessness.

With some key Scriptures and a few clips from the movie, I remind our students that "Heroes are often ordinary people that simply chose to put their dreams above their fears." What a REAL and SOBERING description of what ministry can feel like for all of us sometimes...a constant battle to get JUST ONE MORE, right after we've gotten one to safety. Yet, for Desmond Doss, as with each one of you, he was remembered for his life's sacrifice of selflessness as he looked past the pain and saved, JUST...ONE...MORE.

Saving just one more, right alongside you, 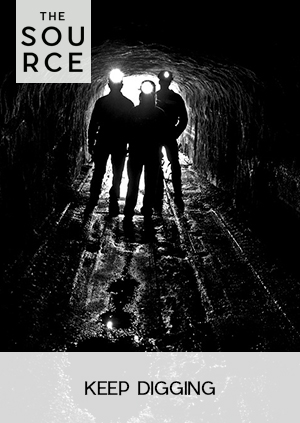 In 2015 there was an unforgettable epic true story from the nation of Chile where 33 men who were working in an underground mine were trapped when the mine horrifically collapsed on top of them. With more than 2,000 feet of massive rock in their way, the rescue of the 33 miners seemed impossible...unless other people above ground chose to "KEEP DIGGING." When most people were ready to give up, a small group of men refused. They just kept digging despite the odds, despite the set-backs, despite the massive personal sacrifices they themselves had to make. Why? Because love will always be a stronger force than circumstances.

Isn't that a pretty decent picture of people who are trapped in spiritual darkness...without hope...unless one of "us"...the people who genuinely know Jesus...make the costly efforts to reach them? I think so. In this Source, with inspiration from this epic true story, Scripture, short monologues, a memorable story, and some practical steps, I challenge our students not to give up while those around them are trapped without Jesus, but to love them enough to refuse to give up on them!

So, what's the bottom line to having lasting, eternal impact on people? "KEEP DIGGING!"